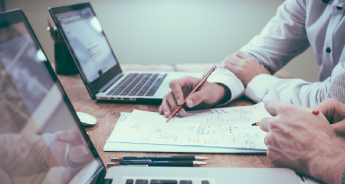 Choosing a strategy is one of the most important jobs when you start a business. When there was no product, the team only had the founder, the strategy played a key role in the early days of the startup. Having a sound strategy acts as a beacon, guiding your team about current and future priorities. The right growth strategy will help boost your business and determine how the team will finance research, key indicators that the team needs to focus on, and the next steps to follow. those metrics.

1. Does not require professional knowledge

Contrary to the old stereotypes, Tamaseb found that most founders of unicorn startups do not possess real-world experience in the industry or business field in which they want to create breakthrough solutions. The isolated case is the healthcare and pharmaceutical sector, where 80% of the founders worked directly in the target market.

However, the most important thing is that they must know how to build their own Strategic Maps for their organizations. Because a Strategic Map allows creating a clear picture of the path the country moves more. It is a concise description of the goals each company will adjust to its specific strategy.

2. CEOs who are “technical people” are not necessarily more successful

The study also provides an answer to a commonly discussed issue: When founding a billion-dollar startup, are CEOs from “technical people” easier to succeed than other CEOs?

Data shows results 50 – 50. Many believe that startups operating in the field of engineering (biotechnology, software services, mobile applications …) should be led by someone who really knows. how to make products, but the results of this study show that other CEOs are completely successful.

3. The startup does not necessarily know how to use capital effectively

Effective capital use refers to the amount of money a startup needs to spend in order to survive and maintain its operations and is placed next to the money earned. A startup is considered to be “efficient use of capital” when spending very little, but earn a lot of money.

While venture capitalists prefer to pour money into startups that use capital efficiently, less than 45% of unicorn startups in Tamaseb’s research meet this criteria. The rest need a huge amount of investment to expand the scale; That is, a unicorn startup doesn’t need to use capital efficiently to reach a $ 1 billion valuation, because they can already visualize everything from their strategic map.

4. Copying (usually) does not lead to good results

According to the study, more than 60% of unicorn startups have a big difference in the product compared to what is already on the market. Mr. Tamaseb realized that the cases of competition facing disastrous failures stem from the exact same of what others are doing, especially when the copied company owns strong capital.

However, there are still some isolated cases such as a number of unicorn startups established in China, India, Germany, and elsewhere over the past 10 years. In addition, copied versions of eBay, Amazon, Tinder, and Facebook are also outside the list of losers.

5. The startup does not need to be the first to appear on the market

Notably, only 30% of unicorn startups in the study were the first companies in a particular industry to appear on the market. In fact, nearly 40% of startups enter the market with at least 5 competitors or more. Contrary to popular belief, the best market for billion-dollar startups already exists big companies; and startups succeed in exploiting the weaknesses of these companies.

In addition, timing is always a key factor when launching a startup. Too early, the market will not bite; Too late, most customers have used other people’s products.

6. The startup does not need to participate in the accelerator program to be successful

However, the answer may come from the fact that 70% of the founders of unicorn startups are successful people before. Perhaps, founders who successfully withdraw capital from a project no longer need the networking, knowledge or training that startup acceleration programs bring.

However, companies need to develop and link their strategy with a system of two to three dozen measures that determine causal relationships between key variables. These variables include the leading indicators, the following indicators, feedback loops describing the trajectory or strategic implementation plan.