Code Signing Certificate: Why Is It One of The Key Factors for Mobile App Security 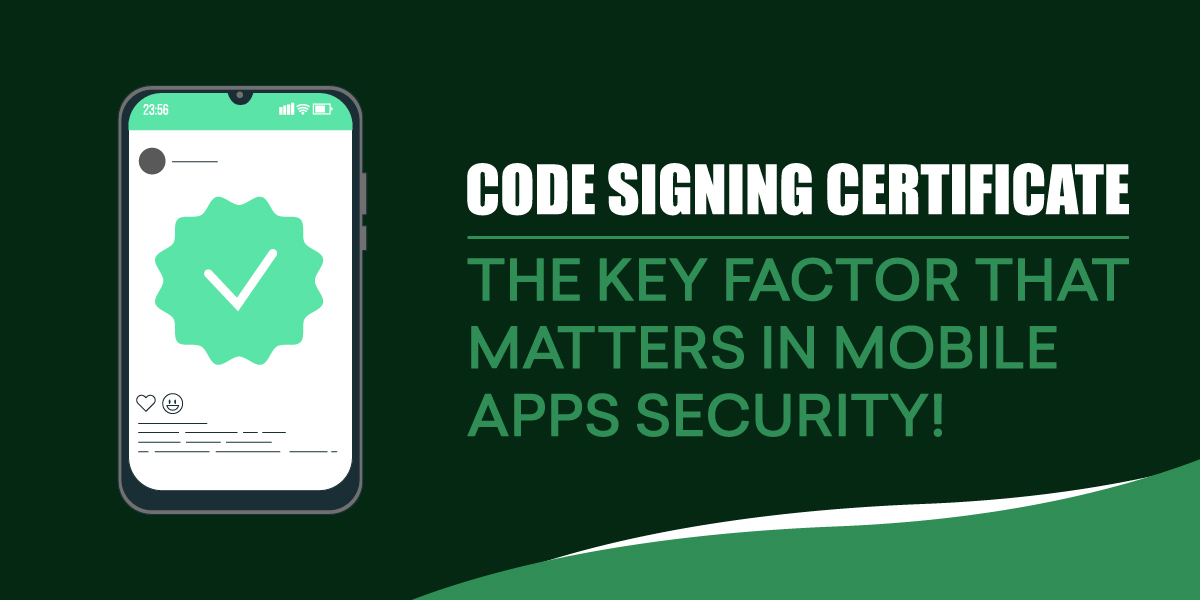 Mobile app security is a hot topic of discussion among the majority of developers. Just as smartphones’ popularity and ubiquity have increased, so have increased the threats of cyberattacks on smartphone apps. One of the most common ways of compromising mobile apps is by injecting them with malware. If you want to protect your app from it, you need a code signing certificate. Without it, your app will be very prone to malware injections, and there’s a good chance that you may end up hurting your business and putting the data of your users at risk.

But what exactly are these code signing certificates? And how do they protect the apps? If these are the questions on your mind, don’t worry. We’ll explore what these certificates are, how they work, and why are they so important for mobile app developers. Let’s get started with a brief introduction first.

The function of code signing certificates for apps is similar to that of SSL certificates for websites. A code signing certificate helps you sign your apps’ code before publishing so people can check if they’re installing your official software or someone else’s cloned version of your software developed for harming them. It also helps them ensure that the app’s code was not modified after you created it. Because if someone tries to modify a code after it has been signed, the app’s signature becomes invalid, thus alerting the installer that something has been changed in the app by someone who is not authorized to make that change. That way, the people installing your app remain protected against the activities of cybercriminals trying to steal their data or infect their devices through legitimate apps developed by you.

Decoding its importance for mobile developers

A code signing certificate protects both your app as well as its users from the threat of malware. Working with the internal security features and checkpoints of operating systems (i.e. Windows, Android) creates a system that makes the installation of malware-infected apps significantly tricky, if not impossible.

Here is a brief overview of that system:

That’s how a code signing certificate works to protectyour mobile app before and after getting listed on the Play Store.

By now, it should be clear to you that code signing certificates are one of the most critical cybersecurity tools that should be available to every developer. You can also buy Cheap Code Signing Certificates from any SSL vendors (GlobalSign, DigiCert, ClickSSL). But if you still have any questions about them, feel free to share them in the comments section below, and we’ll try to answer them at the earliest. Keep coding and keep securing!